We at Myriad Studio love creating workshops which are tied into events, causes, projects or are wonderfully extraordinary!

We come up with our own and we are commissioned to create workshops for other people and organisations.
We are a creative bunch and if you have an idea or something you want made, we can make it into a workshop! We love a challenge!

If you have anything you would like us to get involved in or want us to run any of our workshops at your event/venue please get in touch with Kat; info@myriadstudio.uk / 07533619918

Some of our previous commissioned/extraordinary workshops:

We created a workshop for people to paint along with the late american artist Bob Ross.
Bob Ross was an American artist who believed that everyone has an inherent artistic talent and could become an accomplished artist given time, practice, and encouragement, and to this end was often fond of saying, “We don’t make mistakes; we just have happy accidents.”
During his TV show Bob Ross instructs viewers how to create an oil painting using a quick style which is broken down into simple steps. We streamed two episodes on a big screen and got everyone to paint-along with oil paint! The workshops last 4 hours and include a meal in the middle.
We have now run this workshop 3 times so have got rather good (experienced) at it!
More images here

We were commissioned by Walton Village Hall Management Committee with funding from William Milburn Trust, to run workshops to create window decorations.
Three time slots over a day were open for people from Walton Village to come and create images to put in their window. The theme was books so everyone chose a favourite book and with our help created stunning images on plastic to put in their widows. Villagers then enjoyed a walk of the village to see each other’s creations.
More images here 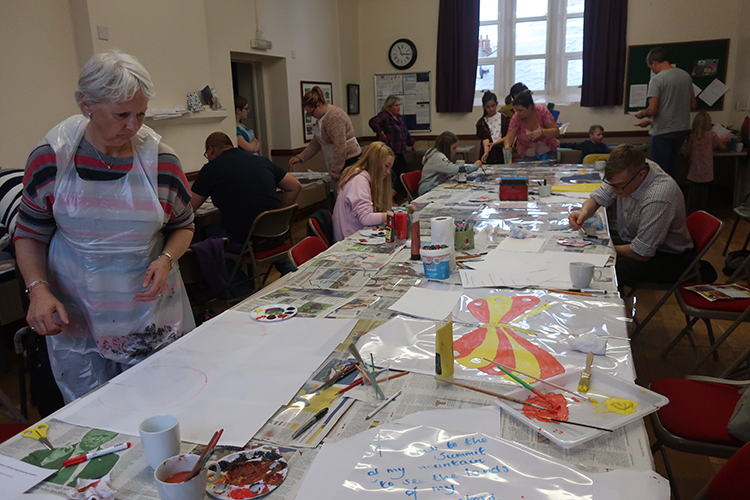 We were commissioned by Multicultural Cumbria to run a day-long drop in workshop to create a large culture train for their event, Carlisle Culture Bazaar.
More images here

In 2018 a group of us transformed ourselves into Wizards for Eden Arts’s The Winter Droving!
We ran 4 workshops with members of the public to create a wizard hat, staff and cape. All decorated and covered in lights, ready to join the Winter Droving lantern parade!
More images here 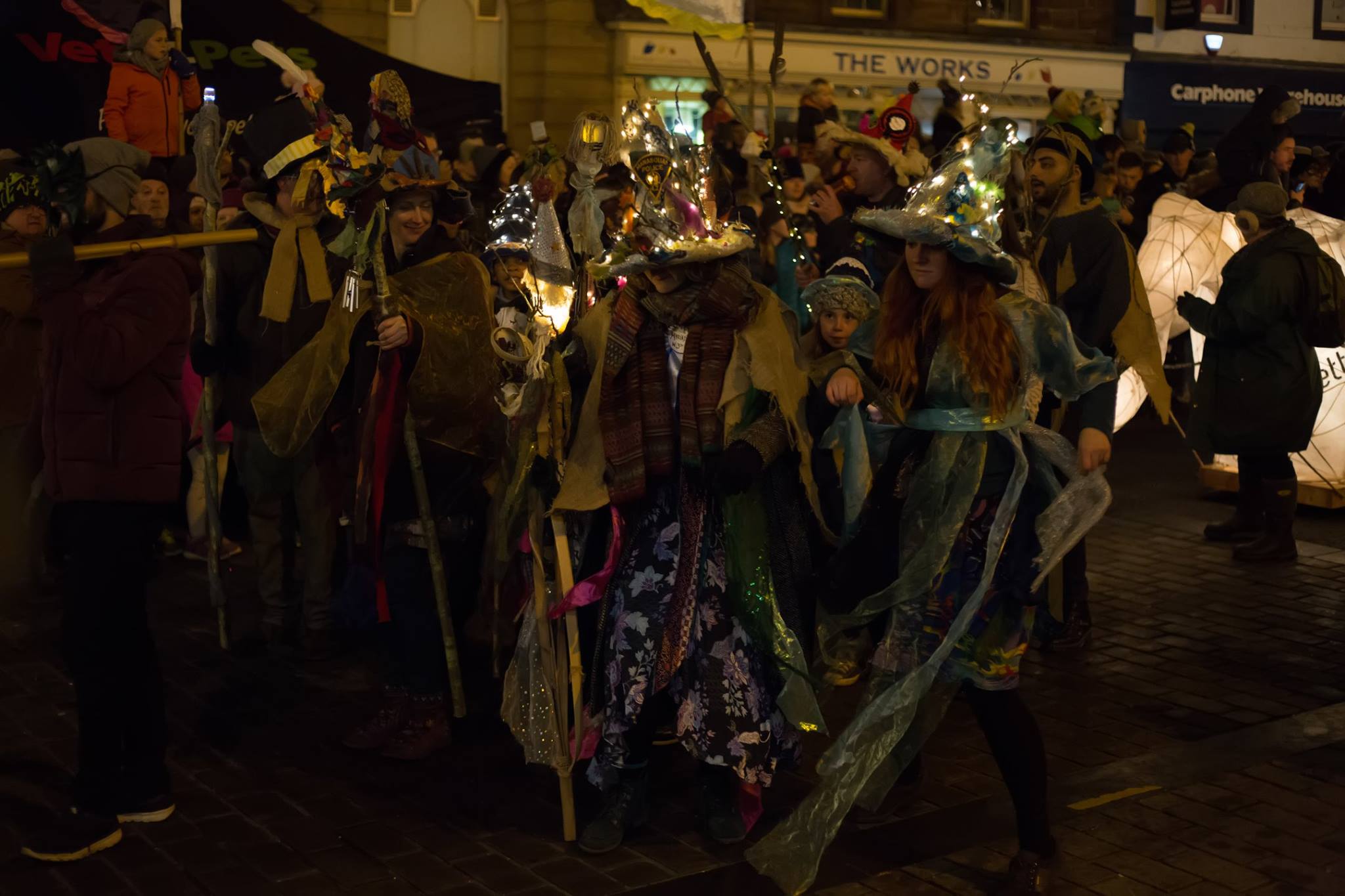 The other workshops we run can be found here…

A Myriad of Stuff!