We run a workshop giving people the chance to paint along with artist Bob Ross!

Bob Ross was an American artist who believed that everyone has an inherent artistic talent and could become an accomplished artist given time, practice, and encouragement, and to this end was often fond of saying, “We don’t make mistakes; we just have happy accidents.”
During his TV show Bob Ross instructs viewers how to create an oil painting using a quick style which is broken down into simple steps.

We stream two episodes of Bob Ross on a big screen thanks to Eden Arts who kindly let us use their equipment. We have a Certified Bob Ross Instructor with us who gives a brief introduction to the Bob Ross technique before the first episode is streamed.

People do not need to be able to paint to join this paint along, it is just about having fun and making a mess – or happy accidents as I’m sure Bob would put it!
Painting along with Bob is not easy, he plans his painting and he paints quick! There was no pauses of the show. This is why it is hilarious!

It is a four hour workshop and half way through we have a meal.

We have run this workshop 3 times now. 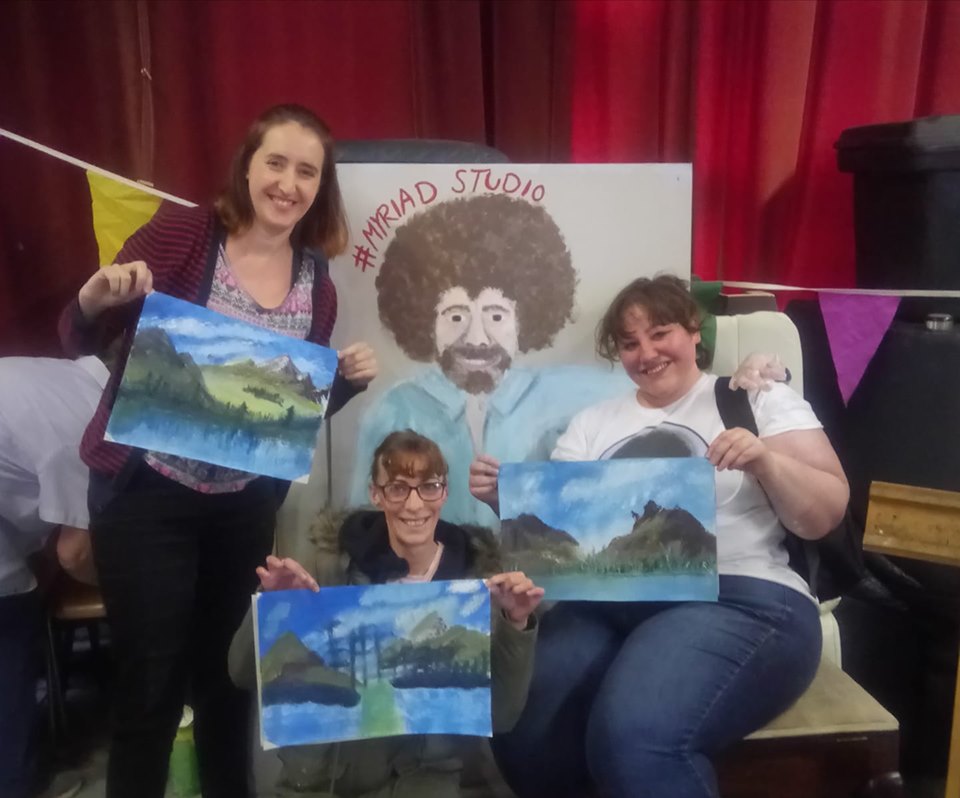 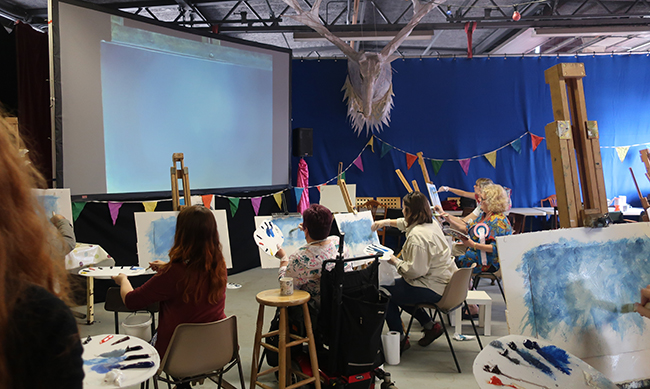 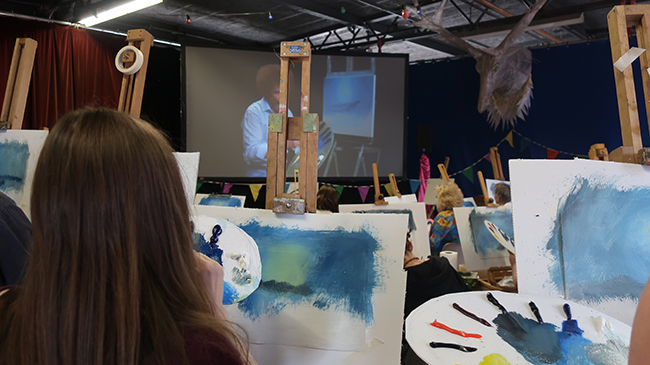 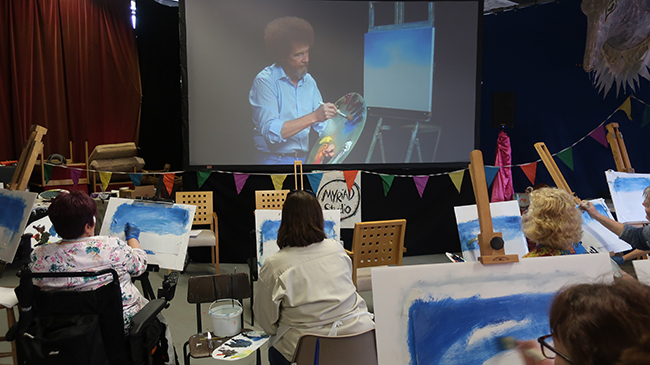 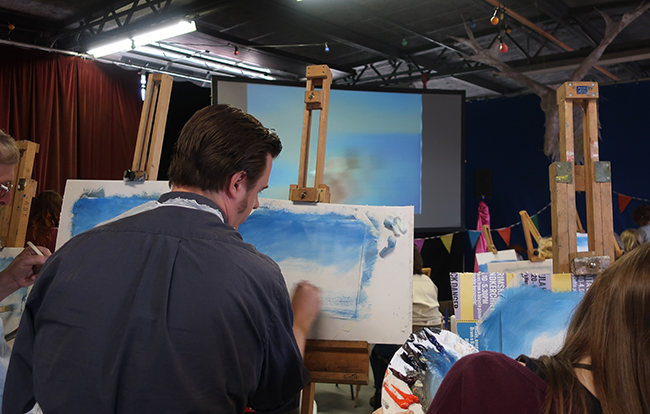 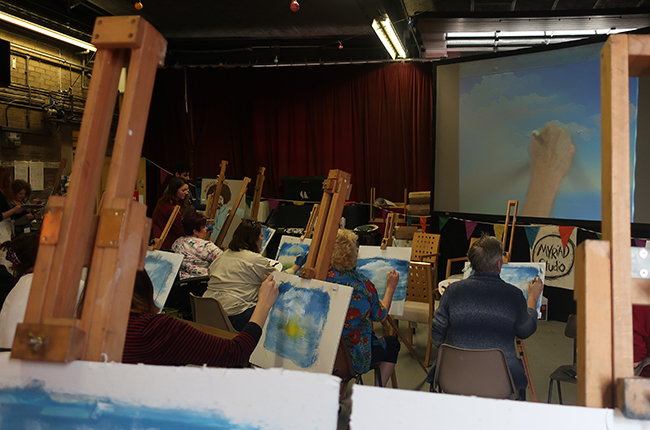 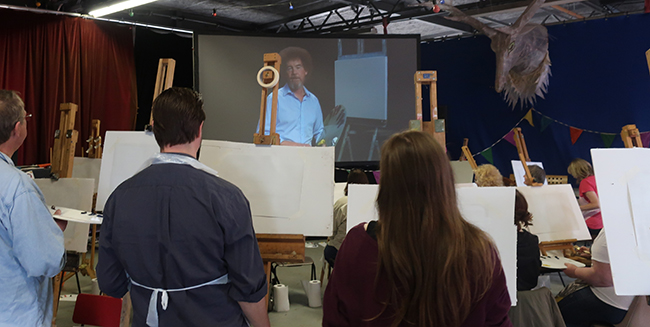 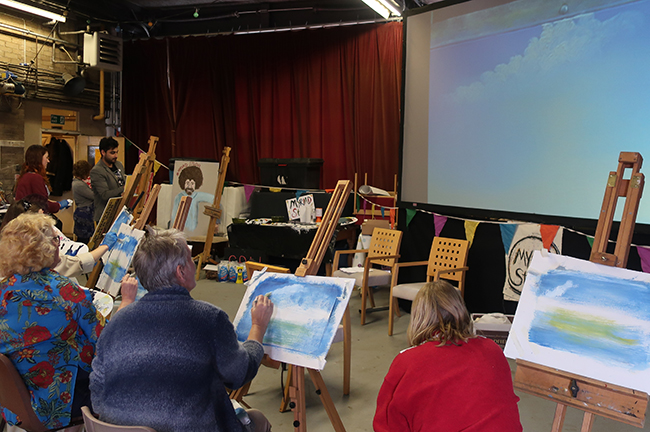 A Myriad of Stuff!